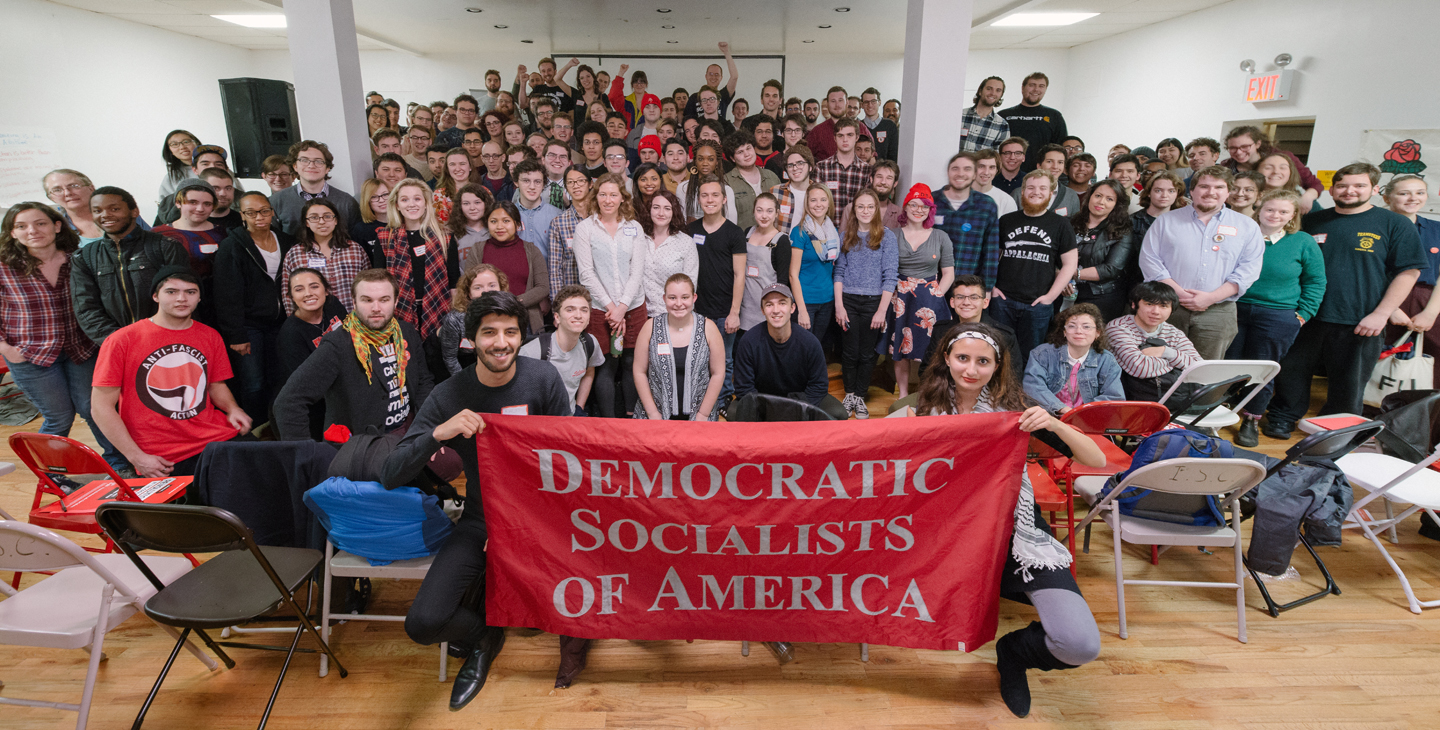 In the 2016 election, 2 million people under the age of 30 voted for Bernie Sanders — more than the number of young people that voted for Hillary Clinton and Donald Trump combined. A frequently cited Harvard poll indicates that a majority of millennials no longer support capitalism. At the same time, in the last few years, the average age of a member of the Democratic Socialists of America (DSA) has dropped from around 65 to 30 as membership has surged, while more than 60 Young Democratic Socialists of America (YDSA) chapters have popped up around the country.

There is a clear and growing tide of anti-capitalist sentiment among young people. This presents an immense opportunity for young socialist organizers in the U.S. and especially YDSA — but only if we have a plan.

In our opinion, the goal of YDSA should be to primarily support the growing socialist movement that is emerging all around us off campus and to train a committed cadre of young socialists who can be the next generation of organizers for our movement.

For YDSA to successfully play this role, we need to be clear about what our tasks should be. We’re not like other student clubs. Our top priority is not to transform the campuses where we go to school for two or four years. It’s to help change the world and end the capitalist system. To do that, we need to throw ourselves into supporting socialist electoral campaigns, joining union picket lines, and knocking on doors in order to build support for socialist politics.

Workers Have the Power

Even though the majority of students are from working-class families and are likely to return to working-class jobs when they graduate, we have to recognize that as students we have little to no structural power. Student organizations are often very insular, focused on creating disruptions on campus and appealing to the moral sensibilities of university elites as a means of enacting change. That is about the only power we have as students. And these efforts are usually met with little success.

The power to transform the unjust capitalist society we live in is in the hands of working-class people. When workers start to organize and fight they are able to threaten the lifeblood of the whole system: capitalists’ profits.

To build the most power, therefore, it’s critical that YDSA activists join and support local worker struggles. First and foremost, that will mean supporting union-organizing campaigns and strikes in our communities. The future of the socialist movement depends on the revitalization of a militant, left-wing, and democratic labor movement. We can play a small but important part in helping to build solidarity and support for these workplace struggles.

Of course, there are real class struggles on campus too. Colleges and grade schools are also workplaces — each employing sometimes thousands of custodians, food service workers, security guards, teachers, and white-collar workers. In many cases, campuses are also heavily unionized. When workers on our campuses organize and fight to form a union or win a new contract, it’s critical that YDSA show up and fight alongside these campaigns.

Broader campaigns like Medicare for All, tenants’ rights organizing, and electoral work that build solidarity and class consciousness are also key. Such efforts help create the militant, working class movement we all want to be part of. As students, we can knock on doors, mobilize for rallies, and help do political education. Even student-related demands like tuition-free public universities and cancelling student debt — interests that we as students very much have in common and that pit our needs against those of the capitalist class — cannot be won without the structural leverage gained from building a mass working-class movement. All of our efforts need to be directed towards helping to bring this movement into being.

In the long term, this kind of work is also key because it is in these fights that we will most effectively politicize and train student activists to become committed socialist cadre.

The danger of campus-based organizing does not merely lie in the limited power students have, but also in its weak potential for politicizing students in the long term. Every spring, thousands of young activists disappear from the Left, four-year degrees in hand. Even though the vast majority of students become workers immediately after finishing school, most student activists leave campus with little means of pursuing radical, worker-oriented politics and even less resolve to do so.

We shouldn’t let this happen. YDSA chapters should help student activists become worker activists when they graduate — and stress the need for them to do so. As a part of DSA — a national organization that includes both students and workers — YDSA has a unique opportunity to plug students into mass campaigns like Medicare for All that mobilize working people around collective interests. But just as importantly, YDSA involvement in mass campaigns teaches student activists how to organize with people of different ages and from different backgrounds. In these campaigns, we also gain mentors. And we begin to develop a real passion for projects and fights that will be relevant to our lives long after we graduate.

A critical component of this vision for YDSA is the rank-and-file labor strategy. The core of the rank-and-file strategy is encouraging and helping young socialists to find unionized jobs in strategic sectors. If YDSA activists graduate and become teachers, nurses, carpenters, etc, they can connect with working-class militants and begin to dig in on the long hard work of building a militant, left-wing, and democratic labor movement. By embracing and implementing the rank-and-file strategy, we have the potential to play a crucial role in shaping the next generation of union organizers.

YDSA at a Crossroads

Thousands of young people on high school and college campuses are becoming politicized by the egregious policies of the Trump administration, as well as the progressive agendas of politicians like Alexandria Ocasio-Cortez and Bernie Sanders. While this period creates the possibility for the emergence of a movement of young people into left-wing politics, it doesn’t guarantee it.

We’re extremely optimistic about the opportunities for YDSA to play this role. At our recent 2018 Summer Convention, we passed resolutions committing YDSA to support the rank-and-file strategy, DSA’s Medicare for All campaign, and efforts to win tuition-free public education. And we overwhelmingly passed a resolution to prepare YDSA for a possible Bernie 2020 campaign, which will be one of the biggest fights in the next two years for advancing democratic socialist politics.

For the first time in decades, radical students are embracing democratic socialist politics. It is our job as YDSA activists to help point the way. With a clearer understanding of our tasks, we will be prepared to meet the challenges ahead. 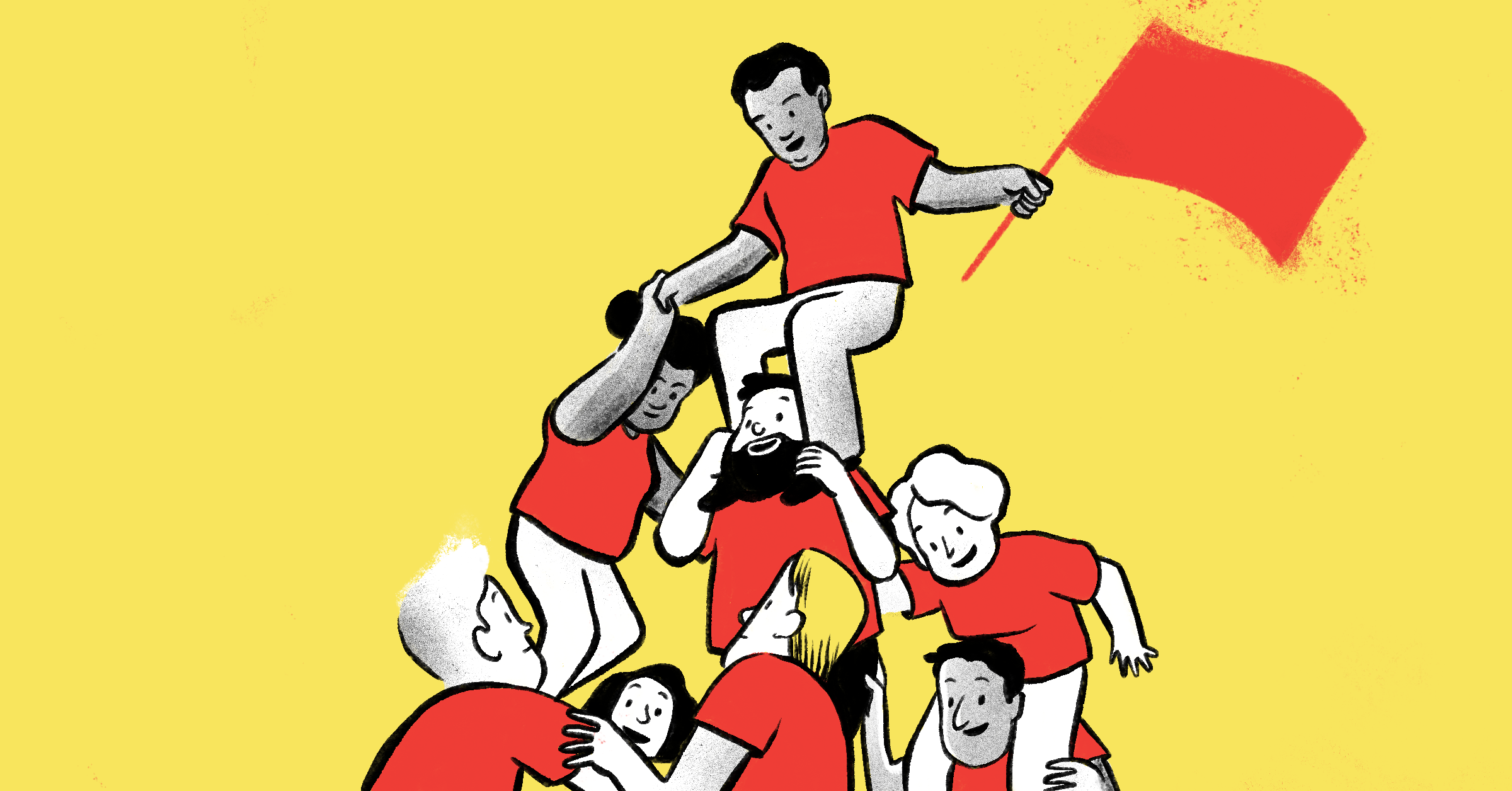 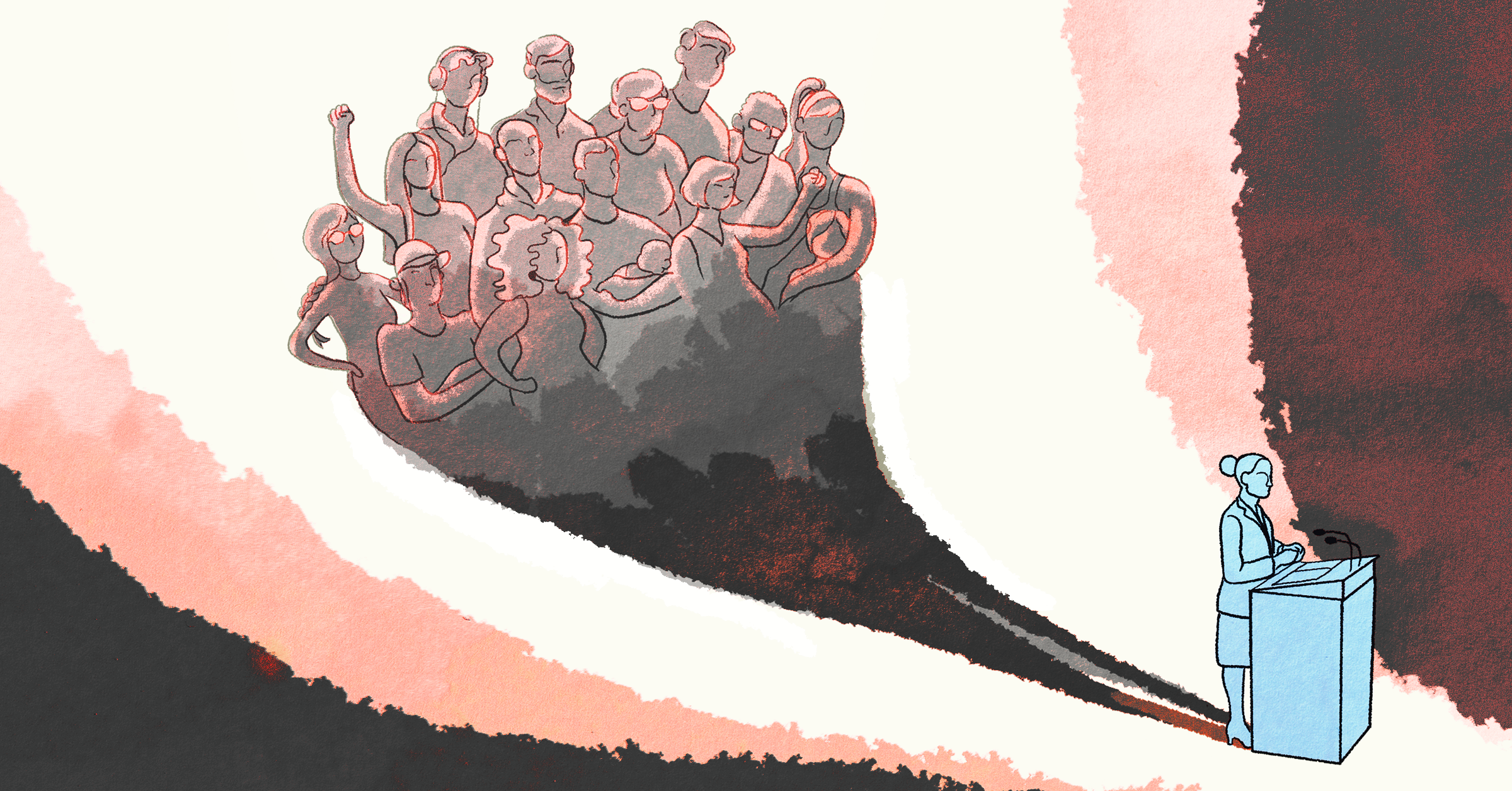 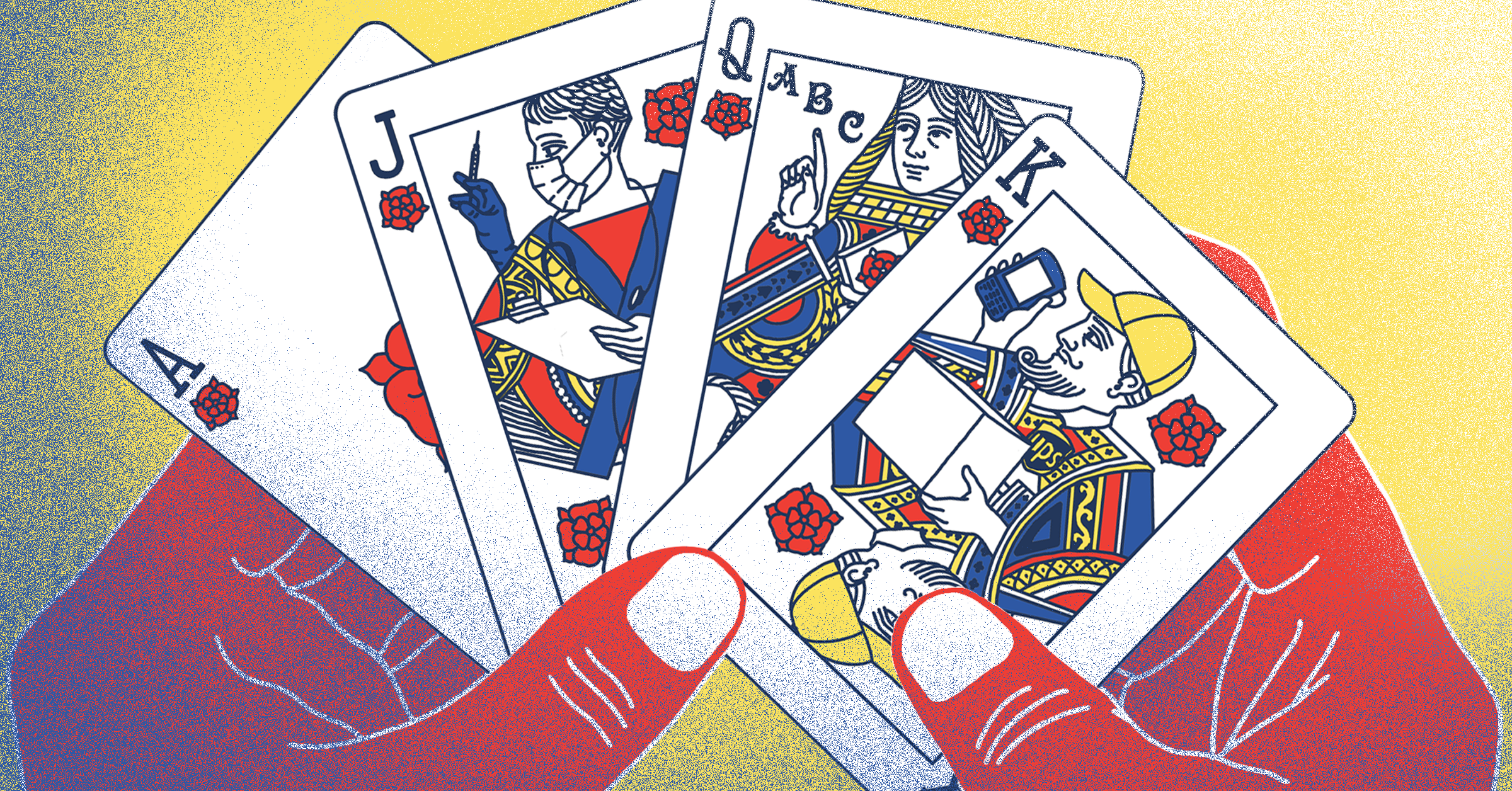 Nina Svirsky is a YDSA activist at New York University. She is a member of NYU YDSA’s Organizing Committee and co-chair of NYC YDSA. Zach Lewis is a DSA activist in New York City and an editor for The Call.