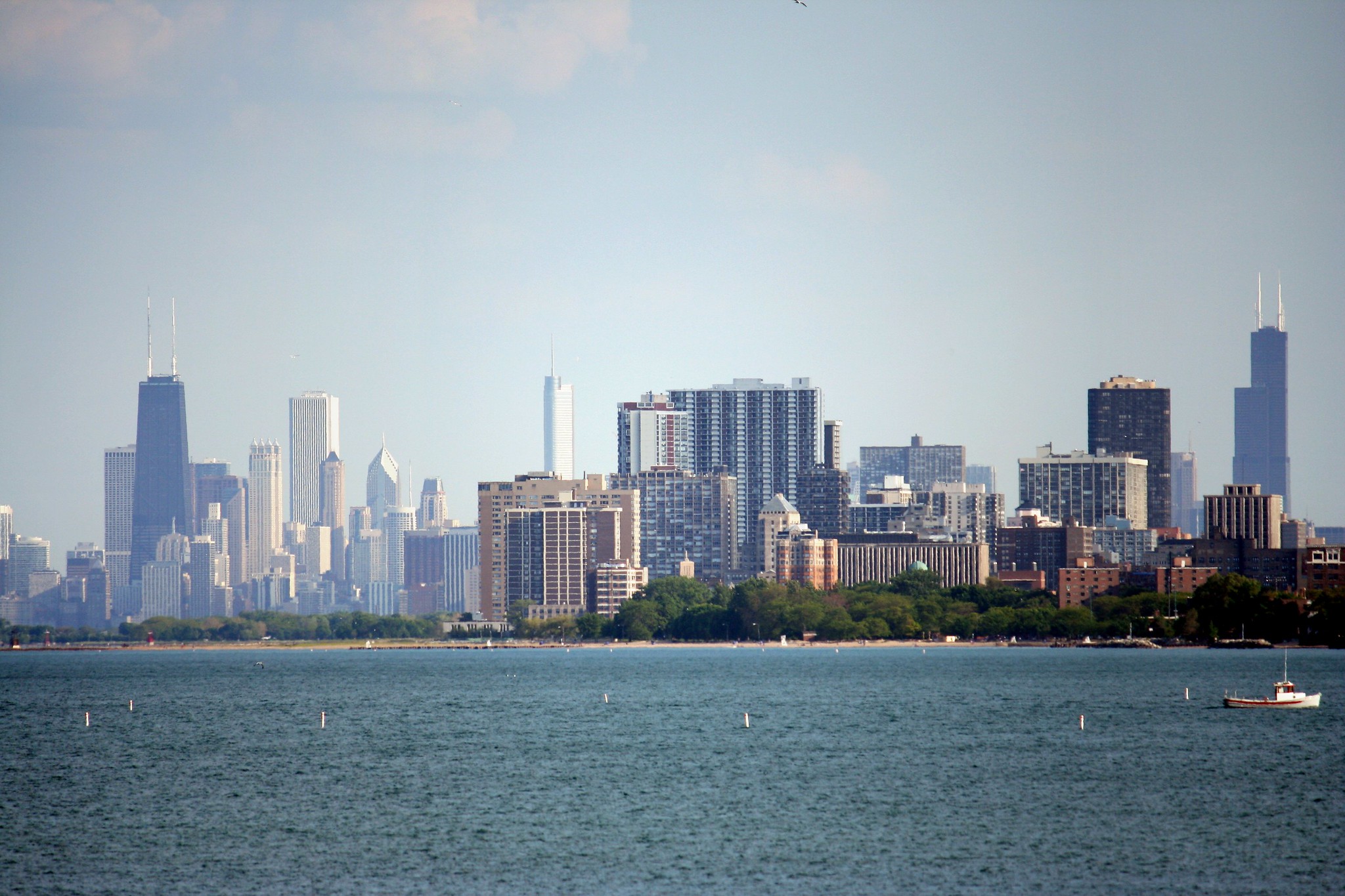 Chicago DSA (CDSA) has been hitting the pavement hard lately — and making news. Chicago’s formerly lone socialist alderman, Carlos Ramirez-Rosa, will soon be lonely no more as he is joined by five more socialist aldermen-elects: Daniel LaSpata, Rossana Rodriguez-Sanchez, Byron Sigcho-Lopez, Jeanette Taylor, and Andre Vasquez. That’s 12% of the city council of the third-largest city in the United States made up of socialists. It’s the culmination of years of hard work by DSA and organizations like United Working Families and Pilsen Alliance, both of which have been organizing in Chicago since long before the DSA boom of 2016.

This election has many repercussions for our movement in Chicago, and it’s worthwhile to use this victorious moment as an excuse to stop and reflect on the work that CDSA is doing and what we might move toward in the future. It is also a good time to highlight the critical work that Bread & Roses members, along with many other outstanding organizers and CDSA members, are doing to build the chapter’s capacity to fight. Our newly launched caucus has members all across the country and our work in Chicago DSA is a good example of how we believe DSA can build a class-conscious and fighting movement.

The second “semester” of our night school is currently underway, with topics such as “Neoliberalism and Globalization” and “Eco-Socialism and the Green New Deal” on the curriculum. Headed by CDSA Political Education Officer Ramsin Canon in conjunction with members from across the chapter, the night school is a low-stakes, high-reward venue for new and more seasoned members alike to develop their politics and analysis — and to apply that analysis to the campaigns they’re working on within the chapter.

The night schools demystify Marxism and give a framing for the practical work we do. They build confidence in our members to not only assert that our campaigns build the socialist movement but to also explain why and how to new members. They allow organizers to feel secure not only in the practical aspects of their work but also in its historical and ideological underpinnings.

Having a space for members and member-leaders to draw these connections — between the organizing they’re doing on the ground and our larger theories of change — is crucial. It’s through the on-the-ground struggle of campaigns that class consciousness is forged, challenged, and strengthened; campaigns help new members to become organizers, seasoned organizers to become leaders, and all of us to become — and continuing to deepen our politics as — socialists.

At our convention last summer, CDSA passed a set of criteria, drafted in large part by Bread & Roses members, and informed by our campaign work up until that point, to guide what kind of campaigns we run at the chapter level. In short, these criteria serve as a litmus test to ensure that any chapter-wide campaign does four things: grow DSA, build working-class power, create opportunities for political education, and have winnable goals.

These criteria have set the chapter in a fruitful political direction, giving us enough latitude and flexibility to take on campaigns that respond to issues facing working-class people in our city, ensure that those campaigns engage the broadest layer of people possible, and start to build power on a mass scale. Guided by these criteria, CDSA has taken on three chapter-wide campaigns: a campaign to “Lift the Ban” (LTB) on rent control (led in part by Bread & Roses member Melinda Bunnage); Medicare for All; and a campaign to democratize the local electricity utility, ComEd.

These campaigns work in conjunction with one another, coordinated by Bread & Roses member and chapter campaigns coordinator Lillian Osborne. They help us to attract new members and deepen our layer of organizer-leaders, and they get DSA members and those we organize used to the idea of decommodifying basic necessities. The idea of social housing becomes just a bit more realistic when the possibility of passing rent control seems just around the corner.

These campaigns work separately, too, to win their specific goals and build momentum around basic issues that affect our class in Chicago and nationwide. The campaign to democratize ComEd is quickly becoming an example of how a national campaign for a Green New Deal could manifest locally. The organizational principles, talking points, and politics of national-scale campaigns can be used to shape campaigns that address city-specific issues. In this way, our local efforts to win materials gains for our communities and cities can have an outsized effect, also growing support and energy for national campaigns by bringing them a bit closer to home, demystifying them.

And just as the ComEd campaign is an example of how a national campaign might be “scaled down,” our efforts to pass rent control could serve as a blueprint for building a national movement to decommodify housing. We’ve been running the campaign as part of the Lift the Ban coalition, where we’ve made huge strides alongside Kenwood Oakland Community Organization, Lugenia Burns Hope Center, Northside Action for Justice, and Pilsen Alliance, and we’ve lent a specific class-struggle character to the campaign.

As part of the LTB campaign, and in conjunction with our aldermanic races, Chicago DSA developed a website called “Who Bought Your Neighborhood,” which clearly names the leading cause of gentrification — for-profit developers — and the people who aid and abet them — aldermen who take their donations. Among them was Deb Mell, who’s taken more than $150,000 in developer money and who recently lost the aldermanic seat her dad gave to her to DSA member Rossana Rodriguez-Sanchez.

We’re also holding politicians’ feet to the fire in real life, taking to the streets to assert that rent control is past due and using direct action as a tactical element of a multi-faceted campaign that also includes tactics such as canvassing, lobbying, and political education. By publicly connecting the dots between gentrification, capitalism, and machine politics, CDSA has clearly shown who’s on the side of our class and who isn’t.

We’re Putting Socialists on the Map — and in Office

Though our aldermanic wins may not be the only thing we’re doing, they also represent a huge gain for our politics in Chicago.

In the words of one Chicago Tribune journalist, “yelling ‘Commie!’ no longer works in Chicago politics.” That’s because our socialist aldermen and aldermen-elect are the only politicians visibly fighting for the interests of working-class people in our city. They don’t mince words. They know what we’re fighting for and aren’t afraid to say exactly how we’re going to get it.

Case in point, all of our aldermen-elect happily signed on to CDSA’s Chicago for All Platform, which centered around three main planks — Housing for All, Sanctuary for All, Education for All — and one way to accomplish them: taxing the rich.

It’s easy to get swept up in the emotion of the simple image of six socialist city council members in the third-largest city in the United States. It’s the single biggest electoral win our movement has made in Chicago, perhaps ever. More than 400 DSA members of all backgrounds and experiences have come together through these campaigns and through the issue-specific campaigns Chicago DSA has been running. This was made possible by the adoption of a political vision for our campaigns, that set of shared criteria that ensure that our campaigns are designed to engage the broadest layer of our existing members and of the working class in Chicago.

Still, questions remain: How do we sustain energy around issue-based campaigns in the face of setbacks? Many members who are drawn to issue-specific work might be tempted to drop out once the campaign hits a major roadblock. How do we ensure that they remain engaged not only in, say, the fight to win rent control but also in the movement to win socialism?

And, perhaps the biggest looming question: What do we do now that six of our members are in city council? What kind of relationship can we expect to have with them? Outside of whatever that relationship will be, how can we use their in-office fights and messaging to amplify our own?

And, how do we use our existing campaigns to continue to build and sustain a layer of active socialist organizers?

These questions won’t be fully answered here, and some version of them will follow us for as long as we’re building the socialist movement, but here’s a start at an answer: We need to keep connecting the dots, naming not only the problems in our society but also their exact causes. The interests of our class are diametrically opposed to those of the people who benefit from displacement and gentrification, who benefit from undemocratic control of our utilities, who have chosen for decades to use their elected office to hold onto power for their families instead of working to improve the lives of their constituents.

They have power, and we took some of it. We’ve got people, and if we keep building the way we have been, we’ll only have more. The fight is far from over, but we’re on the right track. Chicago will be ours.

Why DSA’s Next Convention Should Be Held in Person
Ian McClure and Connor Willis
| August 12, 2022
Marianela D'Aprile