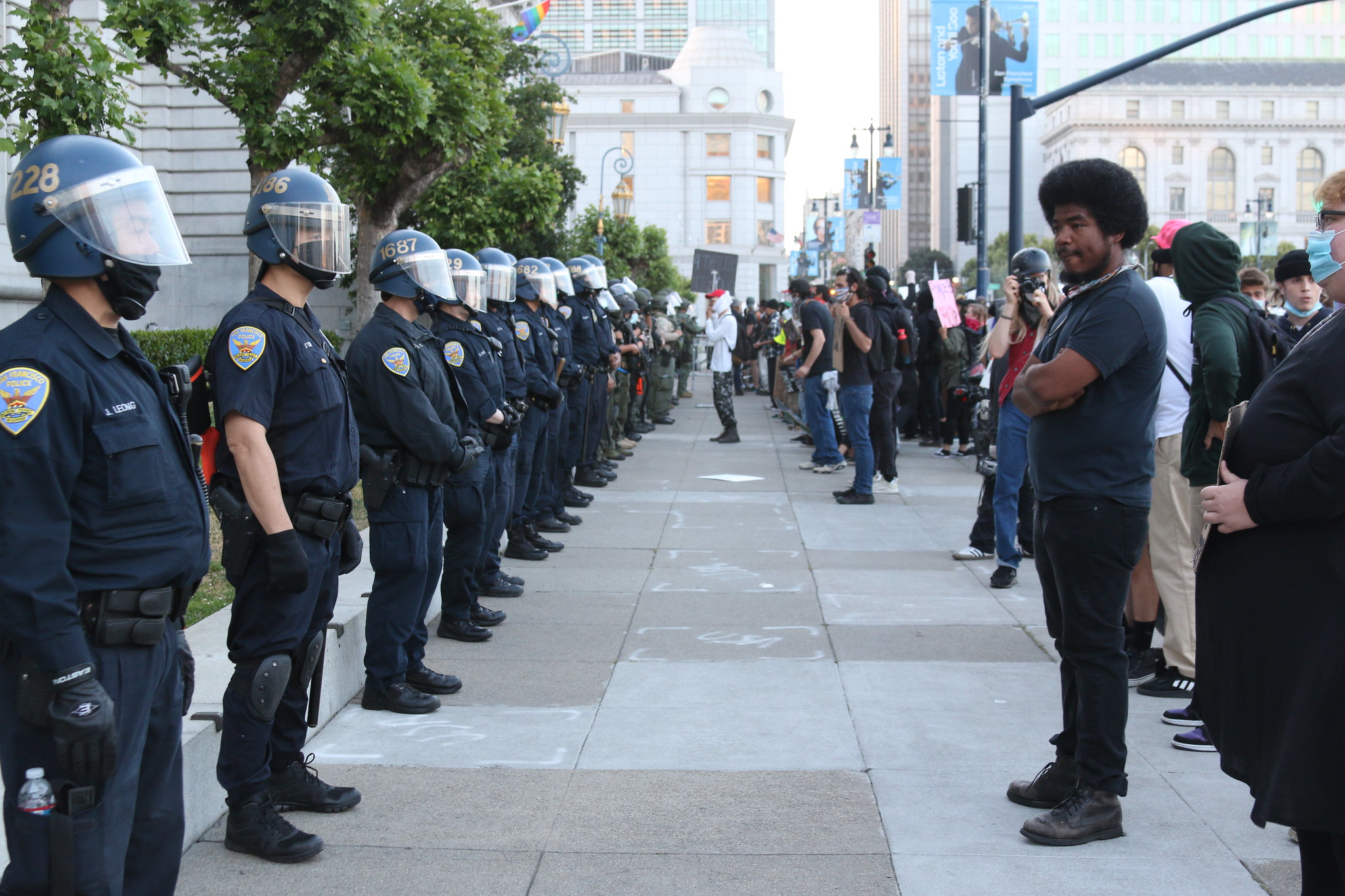 Yesterday, an estimated (and possibly unprecedented) 61 million people in the United States were put under curfew. This is a short roundup of some of the major national political developments yesterday leading up to that. As we have for the last few days, we will also continue to publish short, on-the-ground reports from the demonstrations.

Calls for defunding the police across the country grew louder. Defunding the police would move funding for police departments to community programs and dramatically shrink the role of police. The demand has emerged as the key fight for groups in Minneapolis including Reclaim the Block and the Black Visions Collective.

It has also moved beyond Minneapolis, was a central demand of a protest in Madison yesterday, and was promoted by democratic socialist and state senator Julia Salazar in New York.

One of the most encouraging signs in recent days has been the steady popular support for the movement despite attempts by police departments and the Trump administration to vilify it.

Polls suggest that a large majority of Americans recognize that race was the major factor in the police murder of George Floyd. When asked, 61% of all respondents said it was a major factor, including 88% of Black Americans, 87% of Democrats, 55% of white Americans, and even 39% of Republicans.

A smaller majority of Americans also agree that Trump has handled racial issues poorly (53%) and that he is himself a racist (52%). And 54% of Americans strongly or somewhat support the ongoing protests as of yesterday, with another 14% undecided.

Perhaps most encouragingly, 55% of Americans now agree that police violence against the public is a bigger problem than violence against police, compared to only 30% who think the opposite.

Polls are not of course the perfect means to gauge public opinion, and public opinion can shift quickly, but they are the best tool we have at the moment. And the consistent support for the protests despite everything that has been thrown at them is a cause for hope that popular support may exist for major changes to policing.

Within the capitalist class, views on the protests appear to be fractured — at least for the time being.

Major companies now feel obligated to state their support for Black Lives Matter. These displays have been purely symbolic (Time Warner companies including HBO changed their Twitter handles to “#BlackLivesMatter”) and cringe-worthy (Reebok wrote its customers: “We are not asking you to buy our shoes. We are asking you to walk in someone else’s.”).

No one should imagine for a minute that these changes reflect the genuine views of America’s deeply depraved business class. As The New York Times reported, the change in tone is motivated by a desire to “align corporate values with what customers care about” in order to “build a sense of loyalty and a deeper sense of personal connection.”

Nevertheless, these moves represent a change in the ruling class’s sense of what is socially acceptable. And to the degree that they help reflect and build a popular consensus that the era of police brutality must end, they are more likely than not a net positive for the movement.

It is undeniably a good thing for the future of our movement to be up against a divided ruling class. Most importantly, the division in the ruling class makes a turn towards an outright authoritarian regime more perilous for the Trump administration and the Right — a threat which can no longer be ignored or brushed off.

Yesterday was the most troubling so far in terms of the potential radicalization and threat from the Right. The far-right Arkansas senator Tom Cotton called for the U.S. military to be used on demonstrations and for protesters to be given “no quarter.” (“Giving no quarter” refers to slaughtering enemy combatants in a war rather than taking prisoners — it is an internationally recognized war crime.) Matt Gaetz, a Republican congressman from Florida, demanded that the government “hunt down” protesters. That rhetoric was disturbingly reflected on the streets of Philadelphia where cops allowed contingents of right-wing white people carrying bats to roam the streets. The decision by the Louisville police department to leave the body of David McAtee — who they shot Sunday night — out for 12 hours should also be seen in this light: as a direct threat.

The extremist rhetoric from Republican politicians was matched by the braying from right-wing media. National Review, a “respectable” magazine of the right wing, defended the use of “overwhelming force” against the demonstrations. And on Fox News, Tucker Carlson agitated for an even more extreme reaction. He accused Vice President Mike Pence of showing weakness and Trump’s son-in-law and close advisor Jared Kushner of “subvert[ing Trump] at every level.” He argued that if Trump does not eliminate the protests he’ll be in danger of losing his base in November and therefore the election:

“The first requirement of leadership is that you watch over the people in your care. That’s what soldiers want from their officers. It’s what families need from their fathers. It’s what voters demand from their presidents. People will put up with almost anything in exchange for it… But if you don’t protect them — or, worse, if you seem like you can’t be bothered to protect them — then you’re done. It’s over. People will not forgive weakness.”

No doubt the combination of egging on and agitation pushed Trump towards his bizarre and horrifying Rose Garden speech. Trump threatened yesterday to use the 1807 Insurrection Act to deploy the military in states where governors have refused to bring out the National Guard. As if to signal his intentions, he had the area around the White House cleared of peaceful protesters by brute force so that he could stage a photo op at a nearby church. Explosions were audible during his speech.

The Right is also to some degree divided, however. Axios reported on Sunday that the administration internally is split on whether Trump’s incendiary rhetoric is helping or hurting him. And Republican senators like Tim Scott from South Carolina and Republican Senate Majority Whip John Thune from South Dakota, among others, issued cautious criticisms of Trump’s handling of the demonstrations.

Democrats on a national level, likely feeling heat from their base, which overwhelmingly supports the protests, have mostly felt the need to support the ongoing demonstrations while issuing the predictable calls to prioritize voting over marching.

Things are somewhat different in Camp Biden, however. Politico mocked the Biden team’s response as “struggl[ing] for relevance.” That might be the best case scenario for Biden, whose history as an architect of mass incarceration is reaching more and more people and who on Monday recommended that cops shoot protesters in the leg.

Despite their national posture — which likely is another important check on Trump’s ability otherwise to act with impunity — the hypocrisy of the Democratic Party is exposed at the city level. Many of the cities with the strongest demonstrations have Democratic mayors, and these mayors have exhibited a combination of a sadistic desire to crush the protests with an appalling fealty to their police departments. Chicago Mayor Lori Lightfoot celebrated the thousands of arrests in her city, and after defending cops who drove vans into protesters on Sunday New York City Mayor Bill De Blasio only slightly softened his rhetorical approach even after his own daughter was arrested and threatened by the NYPD.

The next few days will be decisive for the direction of the movement. Experience suggests that mobilizations like this tend to taper off over time, but the intensity this time is unprecedented in recent decades, so there is no way to predict what will happen.

There is also no way to predict how a possible deployment of the U.S. military will be received by the public. There is no guarantee for Trump that it won’t vastly broaden the support base for the demonstrations, though the sight of army boots on city streets could also make showing up to protests seem too dangerous for most people.

There’s no resolution in sight. The fight continues. 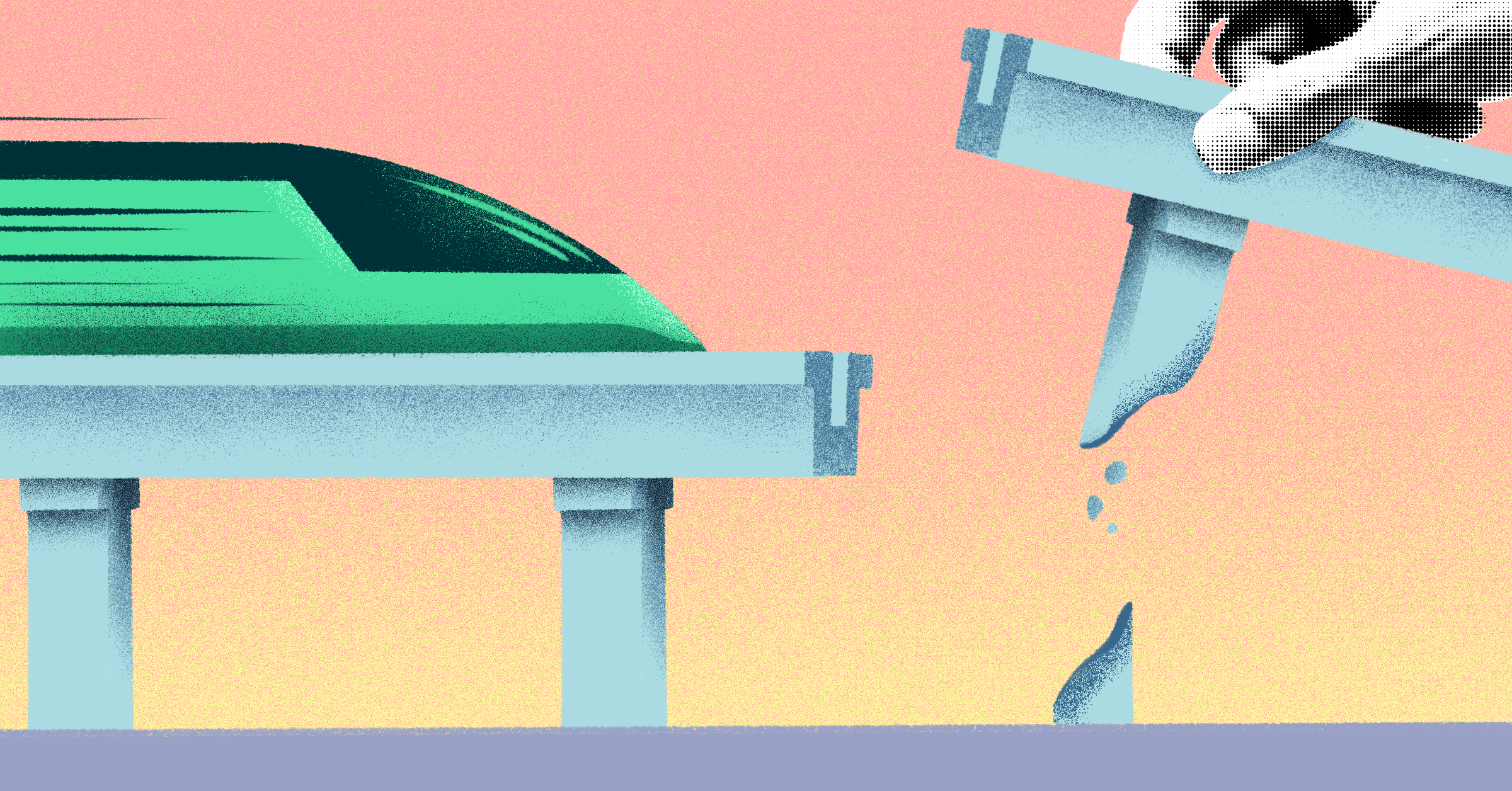 Neal Meyer is an editor for The Call and a member of NYC-DSA and DSA's Bread & Roses Caucus.