Skip to content
Keep up the pressure in the streets. And join a socialist organization.

By now, hundreds of thousands, perhaps millions of people have taken to the streets across the U.S. to protest the police murders of George Floyd and Breonna Taylor and the horrific racist violence police inflict on our communities every day. Millions more support the protests, according to national polls. And people have organized demonstrations across the entire world. People are rightfully angry at the racist oppression they have faced and witnessed.

Although the gains are still limited, we’ve seen that the protests have started to work, as some politicians have shown they’re willing to make some concessions. We need to keep up the pressure in the streets. And beyond that, to take the struggle to the next level, we need people angry about racism in America to join a socialist organization.

Socialists have always been on the frontlines of the fight against racism. And they are on the frontlines of the fight alongside members of the multi-racial working class today. For liberal political elites, anti-racism is a photo-op, something to pick up when it is convenient, perhaps when people get too upset and start burning down police stations. But for socialists it is fundamental. Why?

To be sure, there is a consensus among progressive people — not just socialists — that the mistreatment of a person or a group of people on the basis of their race is wrong. By extension, the morally good thing to do is to oppose racism. Of course, socialists also oppose racism on moral grounds.

But as awful and immoral as it is, racism is more than a moral issue. It is a political issue central to the socialist movement.

Socialists believe that the working class — the vast majority of people on earth — should run society for themselves. In contrast, right now, we live under a capitalist system where capitalists — people who own and control large companies and the productive assets of society — dictate how we spend most of our daily lives and set the political agenda.

Importantly, capitalists rely on racism to maintain their power. That means workers won’t ever have control of their own lives without dramatically weakening the power of racism. That is because racism is more than individuals’ prejudiced views and stereotypes. It is an essential part of capitalism. Capitalism needs racism to survive, which means racism will never be fully defeated as long as capitalism rules the world.

It is true that prejudice and discrimination will not magically disappear on day one of a socialist society; more work would remain to be done. But more importantly for the present, because racism is an essential part of capitalism, it is not even possible to eliminate racism in a capitalist society.

For most people today, a “race” is more or less understood as a group of people with a shared set of observable physical traits, primarily based on skin color, facial features, and hair texture. In the U.S., people identify themselves and others as “white,” “Black,” “Asian,” “Hispanic,” “Native,” etc., based on these traits. In other words, “race” is a descriptive category based on some broad societal understanding of some group with a set of physical characteristics. For most people, “racism” refers to ill treatment of individuals or a group of people because of how they look. From this perspective, racial justice is about reducing personal prejudice and removing policies and institutional practices that lead to inequality between races.

Here is what is important from a socialist point of view: Racism not only creates different treatment, chances in life, and economic outcomes for different racial groups, it is also an ideology through which the concept of race itself is created.

Under capitalism, racial groups have been constructed over time to form a hierarchy. The hierarchy developed so that workers with the closest physical resemblance to the European ruling class faced relatively less exploitation and oppression from the ruling class, while workers with a physical appearance most different from Europeans faced much greater exploitation and oppression.

This classification created symbolic unity between white workers and their white exploiters. This happened alongside the beginning of ideologies of upward social mobility through which white workers could one day own land and slaves and become wealthy. At the same time, slavery became a hereditary system in which Africans were so exploited that they were not merely workers, but property. Capitalists always have an incentive to lower their labor costs and decrease workers’ power. So for them, a slave is an ideal worker — someone who doesn’t get paid at all, can’t change jobs, and can’t fight back.

This sorting of workers into less exploited (white) and super-exploited (Black) groups was one of many tools the ruling class used to maximize their profits and to prevent working-class solidarity across races. They may have been forced to give up chattel slavery, but the same strategy is still in place today.

The project of creating races not only entailed developing physically defined racial groups, it also created divergent material experiences for white workers and enslaved Black workers. White workers had the ability to accumulate wealth, at least in theory. But enslaved Black workers could not accumulate wealth because the ruling class defined them as property. They could not possess wealth because they were wealth — for someone else.

Even after chattel slavery ended, many legal and extra-legal methods remained to prevent Black people from accumulating wealth. One key tactic was for the ruling class to continue to foster racial hatred and prejudice among white workers, making them believe that Black workers, rather than white owners, were the threat to their security. The two-fold goal remained the same: increase profits and prevent the working class from uniting against the ruling class.

At root, capitalist class structure exists to keep a few very rich and the many poor and exploited. And it developed with racism as part of its DNA.

Because racism is a necessary part of capitalism, there are substantial limits to combating racism separately from combating capitalism. Of course, racism now is not as bad as it was under slavery or Jim Crow (very low bars to meet!), but that does not mean it will simply wither away with a little bit of tinkering here and there.

One of capitalism’s strengths is its flexibility, and a capitalist system will always find new ways to perpetuate racism when older ones become untenable. In fact, the older, more brutal forms of racism only changed when workers — predominantly Black workers — made the political and economic costs of those forms too high. Sit-ins, marches, and riots disrupted society enough that it became too costly for the ruling class to maintain the status quo. The protests across the country now aim to do the same thing in response to police brutality.

That is, those workers engaged in class struggle against the ruling class to force them to change. They banded together to fight a common class enemy, one with interests fundamentally opposed to their own. In these instances, workers had the strength to force some changes from the capitalist class, but they lacked the strength to remove capitalists and racist structures from power. If we want to truly end racism, we will have to build enough power to do exactly that.

The only thing that can fully overcome racism is the working class gaining enough power that capitalists can no longer dominate a class system that is racist to its core. That can only be achieved by organizing working-class people to fight against the oppression of the capitalist class. Just as the working class as a whole will have to liberate itself from capitalist exploitation, Black and brown people — the racially oppressed section of the working class — will lead our own liberation from racism. And to do all that, we need to get organized.

Eliminating racism is one of the great moral imperatives the world faces. I fight racism as a socialist because as difficult as the fight will be, only socialists have a practical, real-world answer for how to actually make it happen. Join us, we have a world to win! 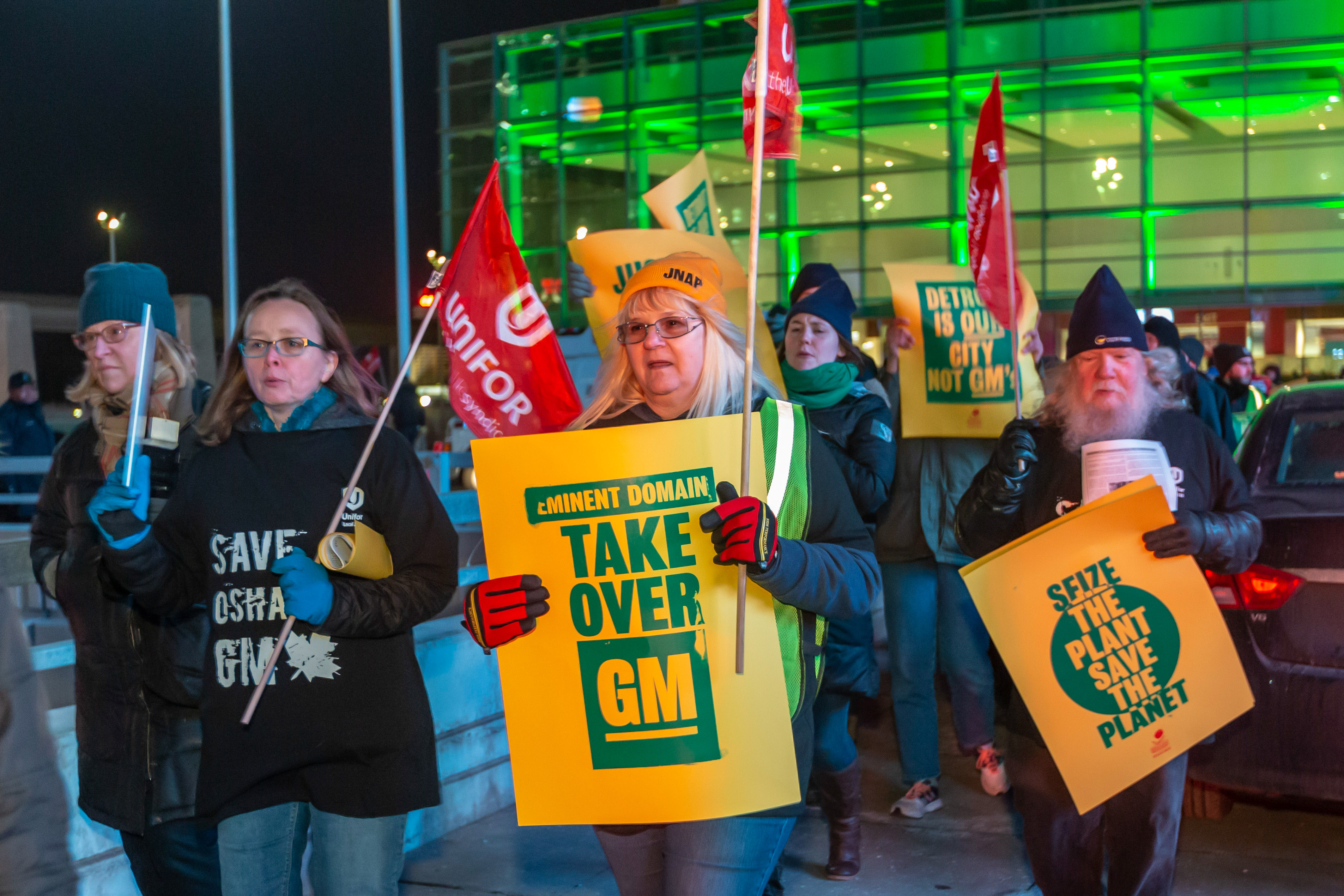 Keep Your Eyes on the Prize of an Independent Party
Jane Slaughter
| July 2, 2020
Keon Liberato

Keon Liberato is a member of Philadelphia DSA and DSA's Bread & Roses caucus.