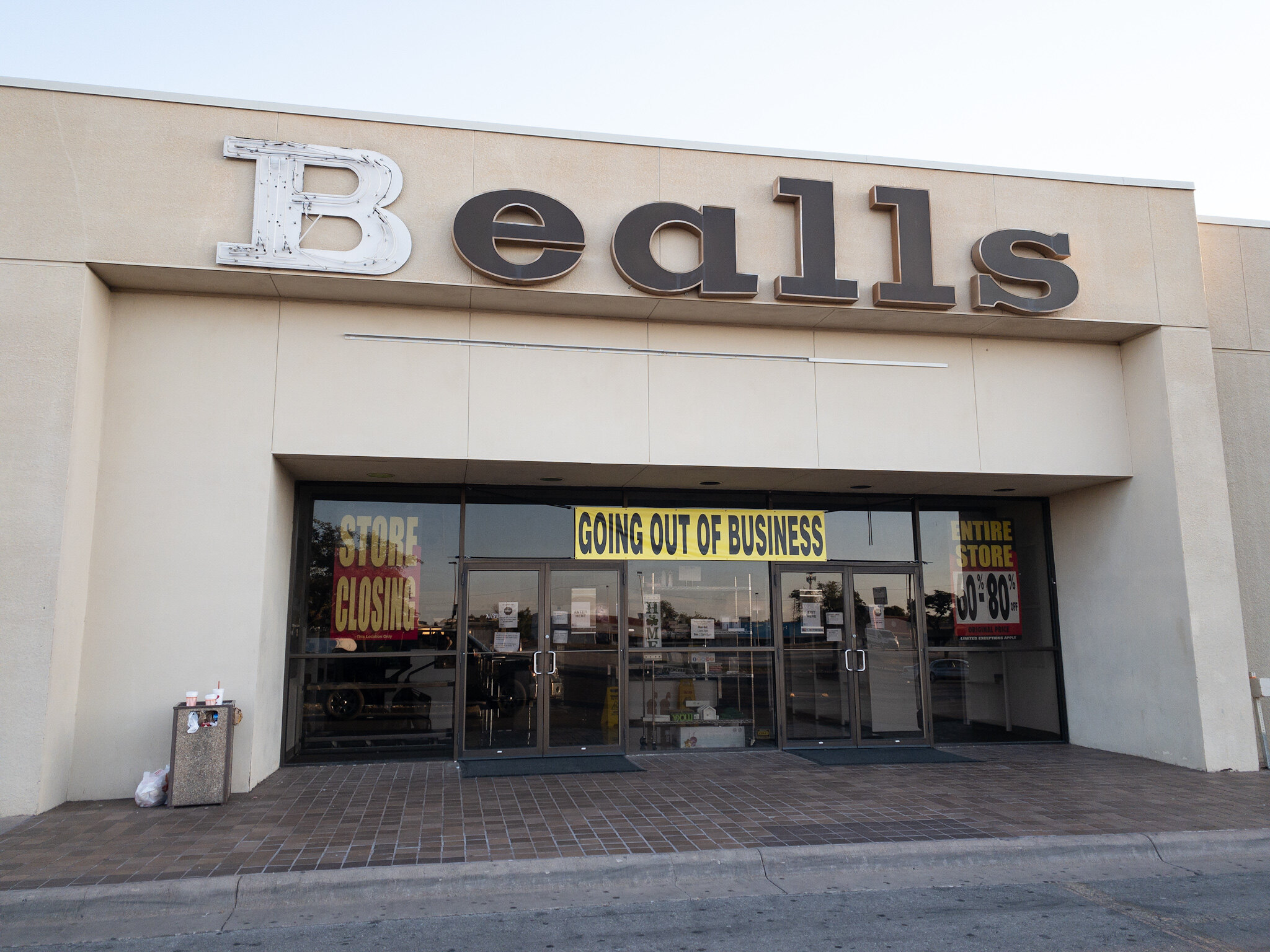 Now half a year into the COVID-19 era, and months since the start of U.S lockdowns, we still know very little about how the virus operates other than that poorly ventilated indoor settings (extremely common working conditions) are by far the riskiest. Simple facts like mortality rates remain elusive, the only guarantee being that we are undercounting the dead. This uncertainty makes it nearly impossible to predict when to expect an economic recovery.

There is no sugar-coating the fact that the situation is incredibly bad. In a surprisingly honest interview, Robert Redfield, director of the Centers for Disease Control and Prevention, is expecting COVID-19 outbreaks to return later this year. An even more accurate appraisal may be that, unlike other countries, the first outbreak never stopped. States that have begun to reopen are seeing record hospitalization rates. And in the absence of federal action, we’ve done almost nothing to improve our ability to combat the pandemic.

Few economists therefore still put any stock in a short “V-shape recovery” wherein the dramatic economic downturn is matched by a rapid return to normal. More common is the view that we’ll have a U- or W-shaped recovery, where the recession is protracted, with possible partial recoveries and slumps, before finally returning to pre-crisis levels of growth. The more pessimistic outlook is that of the L-shaped recovery, where there is no return to pre-crisis levels and we simply adjust to a new normal.

It’s surely with this in mind that Jerome Powell, chair of the Federal Reserve, has warned that we may not see economic recovery until late 2021. Corporate executives have similarly shifted from expecting a quick rebound to a more drawn-out recession. A study from the Harvard School of Public Health predicts we may have intermittent social distancing until 2022, suggesting even these more pessimistic economic outlooks are underestimating the length of the crisis.

Despite these warnings, the stock market has largely recovered since the initial downward jolt of fear when lock-downs were enacted. If the real economy is still in the tank, what gives?

It’s useful to keep in mind what stocks actually are: They’re legal claims on future profits. The investing class is holding onto the belief that we’ll see a quick V-shaped recovery once businesses can reopen. What do they know that we don’t?

Outside the truly elite insider circles, not much. As Doug Henwood convincingly argued years ago, shareholders as a group are almost universally out of their depth and incapable of effectively judging past, current, or future corporate performance. Mostly they operate as a herd, which makes them pretty easy to manipulate. Nonetheless, it doesn’t take an economist to recognize that for many of the biggest industries in the U.S., businesses no longer have a business model.

Even the more conservative U- and W-shaped recoveries seem optimistic when we consider that the U.S. economy never recovered its rate of growth after the 2008 crash or the 2000 crash for that matter. In truth, we’re facing a long recession of one shape or another within an existing L-shaped recovery. This likely comes as no surprise to most workers who have seen effectively zero gains in the last decade.

What does a long recovery mean for the financial markets that constitute the alpha and omega of American economic wellbeing in popular imagination? The short version is it’s going to have to go over another cliff. It’s hard to say when, since to some extent it depends on how long investors keep deluding themselves. The Federal Reserve is doing everything it can to delay that day of reckoning, encouraging continued speculation by providing essentially limitless free money to the financial sector.

At some point investors will have to confront the fact that the actual companies they’re investing in are not making any money and will be unable to make money for some time. When that happens there will be only more incentive for Trump, whose re-election largely depends on the (perceived) state of the economy, to place blame elsewhere.

Will there be jobs to return to?

Among those expecting a quick rebound, all hope rests in Americans unleashing pent-up consumer demand the moment they get the all-clear. The boost to unemployment benefits and one-time checks included in the federal CARES Act resulted in a spike in personal income, an indictment of our criminally low minimum wage laws. But with nearly one in four out of work, and no guarantee that benefits will be extended, there are signs of an impending “avalanche of evictions” once moratoriums end. Food banks are overwhelmed. The number of mortgage holders behind on payments doubled between March and April, three times the previous record set in 2008. Those betting on a quick recovery claimed victory when the May unemployment report showed 2.5 million jobs were added. In normal times, this would be a massive addition, but the economic hole we are in is so deep that 2.5 million jobs only amounts to roughly 10% of recent losses. More aggressive government support will be required to stabilize incomes, especially as layoffs spread beyond the initial low-wage sectors.

Whether or not people feel financially secure, it’s becoming clearer that “reopening” doesn’t mean much if people don’t feel safe going out in public. Particularly in those industries hardest hit, like hospitality, it’ll be a long time until there’s anything like “normal.” The question will more likely be to what degree are they even still able to operate?

Airlines are one of the most extreme examples. As a result of intense pressure from the Association of Flight Attendants, airlines got a better deal than just about anyone that doesn’t own a bank in the first round of bailouts. That lifeline required airlines not to layoff more than 10% of employees through September. But if it wasn’t obvious at the time it should be now: Airlines will be announcing mass layoffs the day that agreement expires.

Air travel will be depressed for years as conferences are canceled, remote meetings become the norm, and those who can afford a vacation stick closer to home. Even in good times, airlines go bankrupt every year. It’s very expensive to purchase and maintain aircraft, especially when you have no customers. Even with massive federal subsidies, we’re likely to see major changes in the airline industry. Those dynamics are going to affect the entire travel and hospitality industry that generates crucial income for millions of workers around the world.

Similarly, retail is being rapidly reshaped. Malls and the department stores that served as their anchors, already struggling well before the pandemic, are all but dead, and they’re not coming back. With the exception of grocery stores, all brick-and-mortar sales have plummeted. That’s terrifying considering 15 million worked in retail as of February.

Amazon has gained a lot of attention as the obvious beneficiary of the massive rise in online shopping. But while their sales have surged, their market share has fallen. It’s become apparent that being the biggest online retailer is a far cry from being capable of handling distribution for the entire country. Though spared much of the scorn Amazon has received recently, Target and Walmart have been rapidly increasing their sales and market share in online retail. Both have two crucial advantages over other physical retailers that are going bankrupt: They were already investing in e-commerce capacity pre-pandemic, and they both own rather than lease most of their real estate.

This second element is worth pausing on. As with the crisis as a whole, the financial elite would like us to think that the pandemic is solely responsible for this retail apocalypse. The reality is that one of Wall Street’s favorite tactics, the leveraged private equity buyout, has left companies extremely vulnerable to crisis. Private equity — currently the trendiest and most loathsome group on Wall Street — has bought up swaths of retailers, sold off their real-estate assets for a quick buck, and forced the company to lease them back. What used to be an asset is now an expense. This makes it infinitely harder for stores to keep their head above water in a recession.

A knock-on effect of collapsing retail, combined with lower demand for office space as businesses adjust to white-collar work being done from home, is an even larger hole in state and local budgets. Most municipal budgets rely heavily on sales and property taxes. Collectively, states are facing budget deficits in the trillions. California is already projecting a $54 billion hole.

To put that in perspective, it’s about a quarter of their current budget. Barring intense organized pressure from below, we know how government officials born and raised on slashing services will react. Now that the banks have received their trillions, we’re once again hearing that the deficit is “out of control.”

For most states, the biggest expense is their public employee pension funds. Under the best of times, there are incentives for states to underfund pensions. As long as there is enough to cover expenses right now, you can kick the can down the road a little. To compensate for underfunding from the state, these funds have increasingly turned to Wall Street, particularly private equity, to make up the difference. Who cares if state contributions are falling, when you can boost your investment returns to make up for it? But that’s less viable now than ever. Pension funds “lost a median of 13.2%” in the first three months of the year and states are learning that those who live by the market, die by the market.

While state budgets are collapsing and already underfunded worker pension funds are being destroyed by the cratering market, Republican Senate Majority Leader Mitch McConnell is “bravely” suggesting that states declare bankruptcy to get rid of those overindulgent worker benefit obligations.

The ownership class has practiced this script well.

The narrative of municipal financial recklessness was put to tragic use in the dismantling of working-class New York in the 1970s. More recently we saw it in the destruction of Detroit. By now, most governments have become so disciplined by the market that they don’t even consider implementing the kinds of public services that would actually benefit workers for fear of being denounced as fiscally irresponsible and cut off from credit markets.

Socialists and labor militants must fight to reverse this continuing slide into austerity, whose proponents will only grow louder again as budget deficits increase. While this will obviously require ignoring the shrieking of deficit hawks, we have to be careful not to fall into thinking that public debts do not matter at all. Simply put, governments should not be borrowing money from the rich, they should be taxing it. More progressive taxation, through dramatically higher rates on large incomes and wealth would give governments more resources not only to provide sorely needed public services but also to take a greater role in ensuring that the fruits of our labor are reinvested in socially beneficial production. Taxing the rich is about power as much as resources.

It’s clear this crisis is much larger than anyone in government wants to admit, and we are nowhere near the bottom. Nonetheless, it’s important to keep in mind that this is by no means a death blow to capitalism. One of Marx’s key insights is that crises are not just to be expected but a necessary part of capitalism. In its 400-year-plus history, capitalism has survived crisis after crisis. People don’t spontaneously become organized, and there is nothing inevitably left-wing about social collapse.

If we’re going to reassert the democratic control over the economy necessary to fight programs of austerity, we need militant labor unions and class-struggle politicians backed by independent, working-class political power. Nothing else will give us the strength or popular mass legitimacy necessary to face capitalism head on. 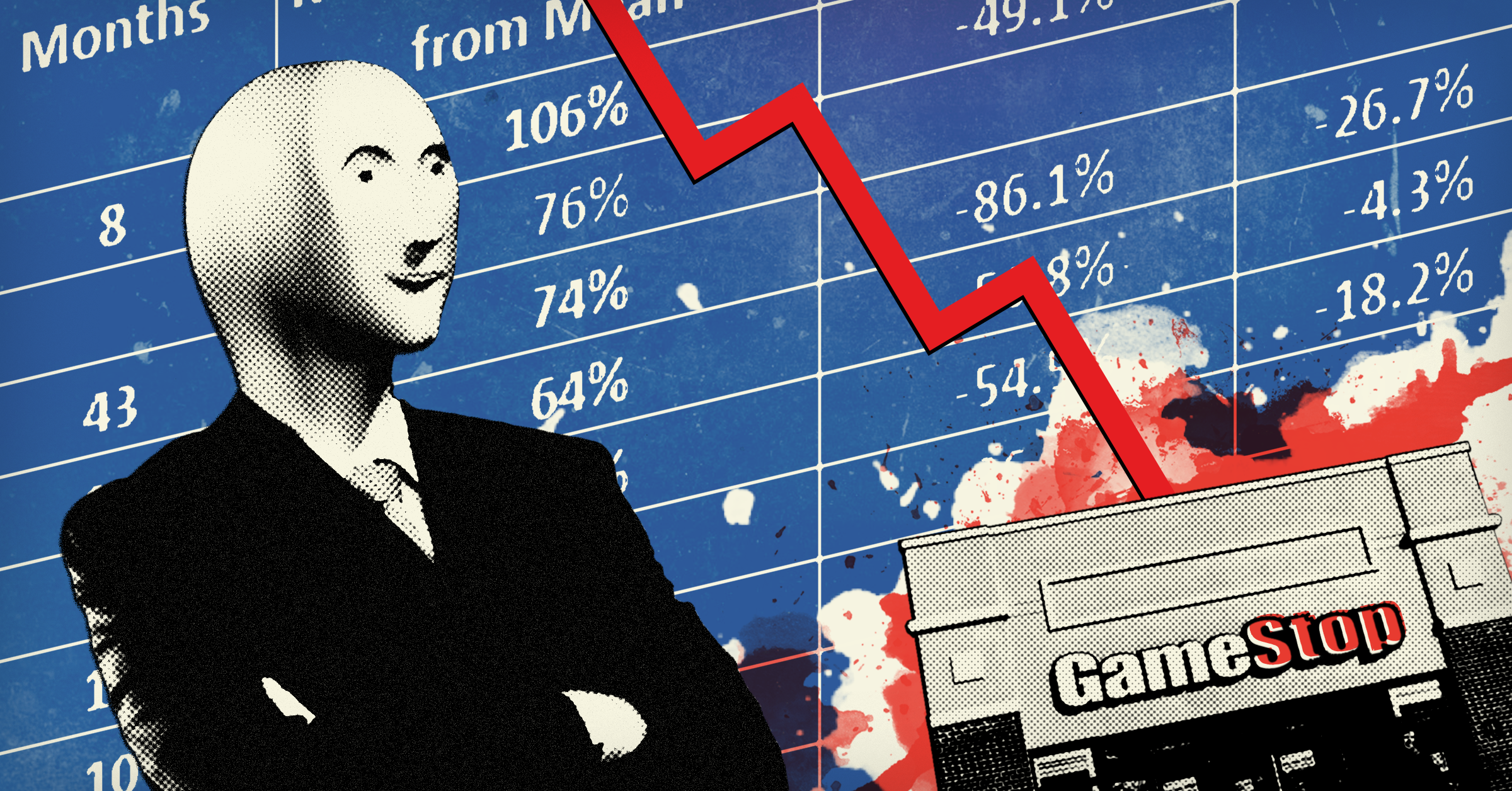 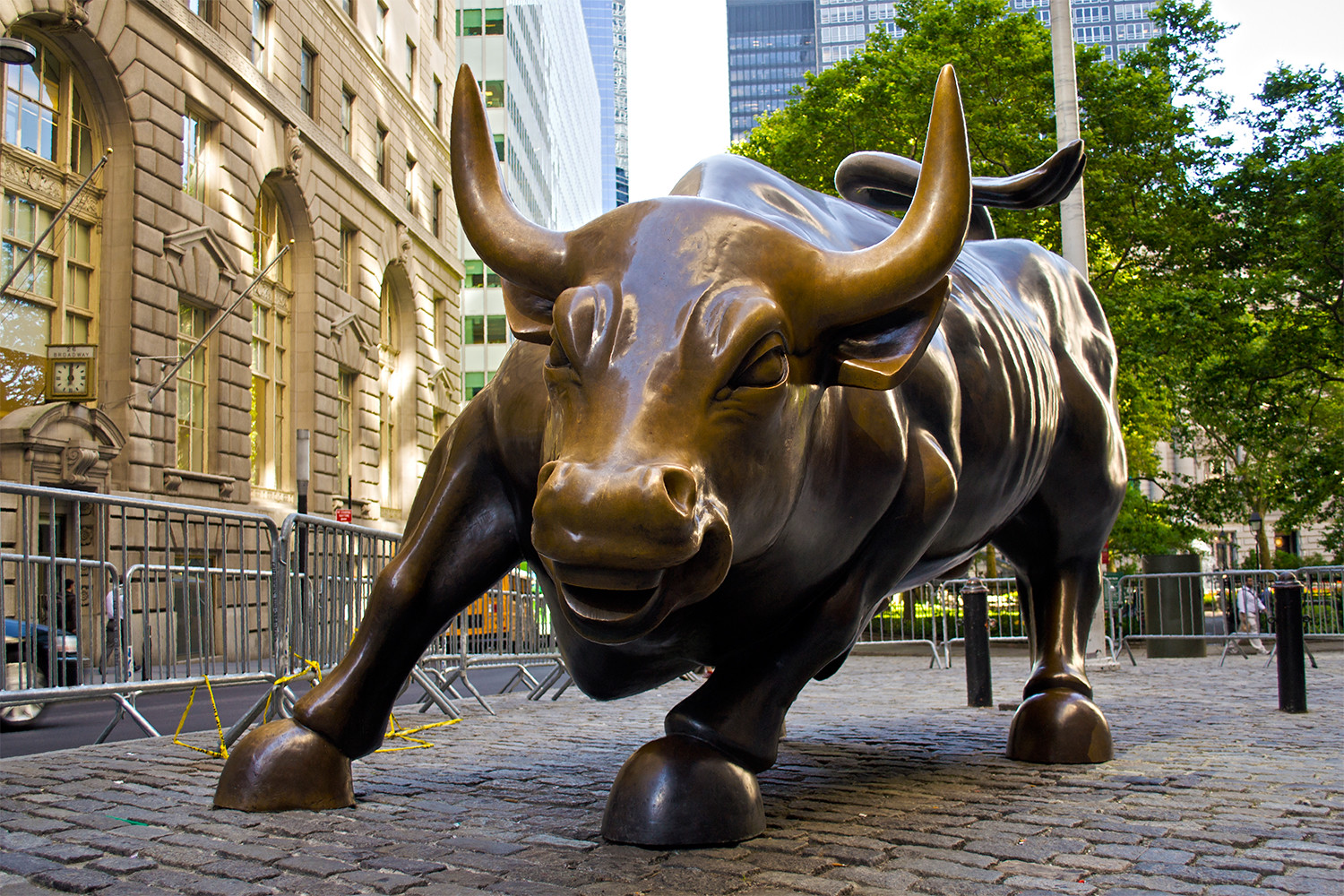 Andrej Markovcic is an activist in Seattle DSA and is a member of DSA's Bread & Roses caucus.