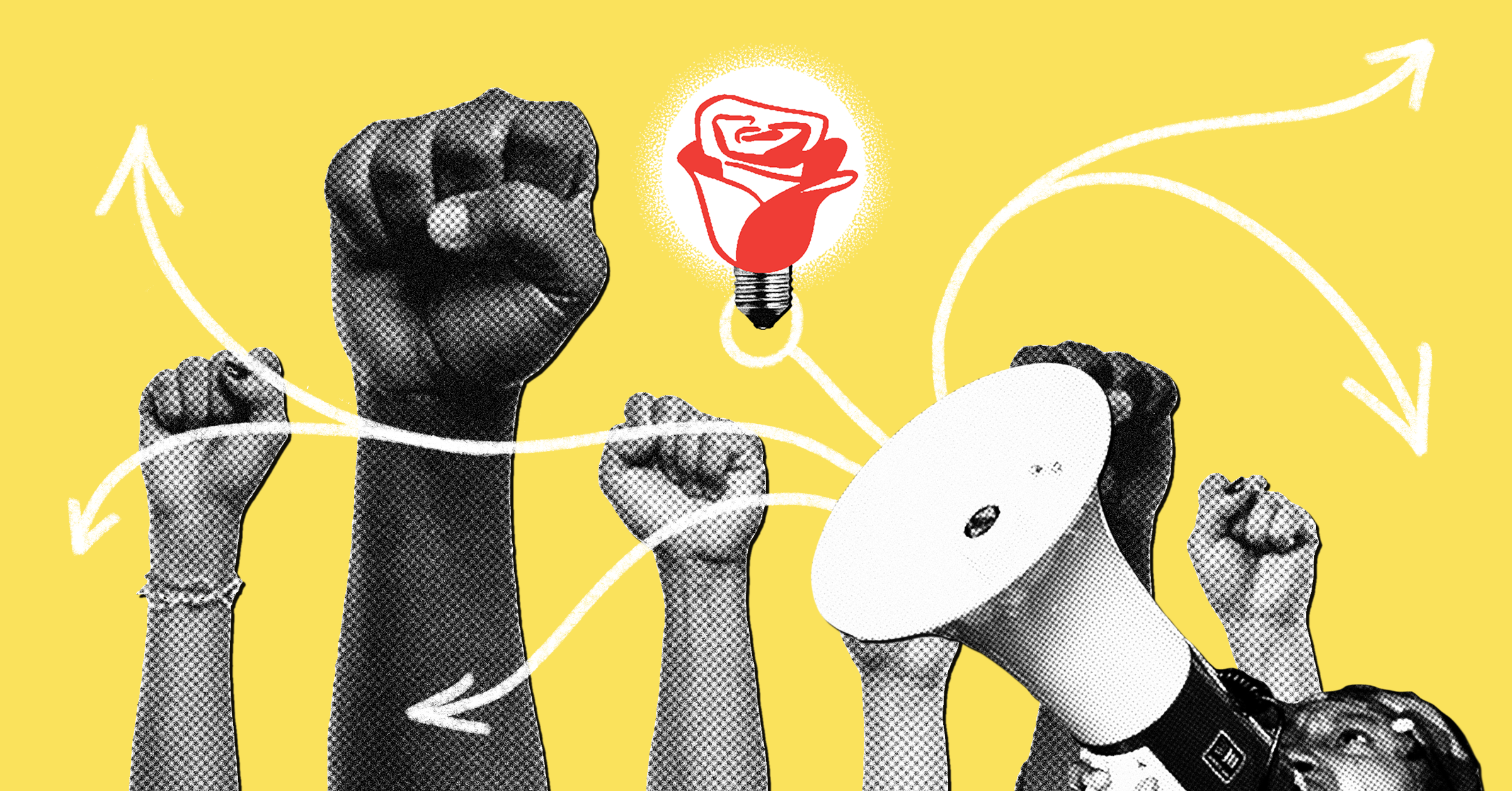 As socialists, we know that the pursuit of racial equality and the formation of a multiracial, working-class movement are central to the struggle against capitalism.  If we want to win, socialism cannot remain cloistered in a small, disproportionately white, segment of society.

To that end, our comrades in Socialist Majority have put forward Resolution #31, “Making DSA a Multiracial and Anti-Racist Organization.” While Bread & Roses agrees with the goal of “building an organization that is reflective of the working class in both its membership and leadership,” we are concerned that the specific tactics in the resolution will be counterproductive to achieving that goal.

Resolution #31 creates an unaccountable committee that is empowered to deprive chapters of resources and to publicly admonish chapters that don’t meet their standards. Instead of voting for R31, we urge delegates to commit to the more difficult, but more realistic and historically grounded solution to the problem. We recommend delegates vote in favor of the wide-ranging political activities needed to merge DSA and the socialist movement with the multi-racial working class: support for rank-and-file militancy in unions, class-struggle elections and expanded voting rights, more resources for YDSA chapters in HBCUs and community college campuses, and a committee on reparations.

First, the resolution establishes the formation of a Multiracial Organizing Committee that will set standards for chapters to meet around diversity and multiracial organizing. DSA members will not vote on the standards themselves nor on the representatives of the committee. National guidelines, standards, and resources supporting chapters to diversify could be extremely helpful. However, the resolution takes a punitive approach that we worry could instead starve chapters in the most diverse parts of the country of resources.

The resolution calls on “DSA to prioritize staff assistance and support to chapters that either (a) meet or exceed the standards set by the Multiracial Organizing Committee (b) are making a good faith effort to meet the standards set by the Multiracial Organizing Committee,” while setting an explicit goal that “DSA chapters and committees will be responsible for ensuring that their chapters/committees are at least as racially diverse as the area in which they organize.” This potentially establishes an inverted incentive structure. Chapters in racially diverse cities, where there is the largest demographic gap to be overcome could be punished for not meeting one-size-fits-all metrics, while chapters in mostly white areas have to do very little to be rewarded for already looking like the communities they organize in.

Moreover, it is local leaders, not national committee members, who are best positioned to develop organizing strategies for their chapters. Many POC radicals already have a political home outside of DSA in their local communities. Local chapter leaders know their local conditions better. It is hard to develop a single set of organizing guidelines for all chapters. For example, often national leaders of DSA talk about tenant organizing as a method for achieving racial diversity because they are themselves based in cities where people, and especially people of color, tend to live in high-rent areas where they deal with large landlords etc. These leaders also tend to live in places where things they take for granted, like rent control, are not preempted at the state level. These conditions don’t apply to all parts of the country however. Local leaders might find this committee’s recommendations and guidelines useful but they shouldn’t be a rubric by which chapters are judged to be successes or failures.

Diversifying the socialist movement in a racially-stratified society is an extremely challenging task, one that generations of socialists before us have struggled mightily with and only occasionally achieved. When groups like the Communist Party were able to racially integrate their ranks, it was the result of years of hard work joining localized struggles, often through unions where DSA as yet has no base.

Simply put, diversifying the socialist movement cannot be achieved in a year or two through a system of metrics, we can only get there the way our forebears did — through long and deep political organizing. There are no quick steps to take. And punishing chapters when the work is too tough and slow to be reflected in year-over-year success metrics, opens us up to a system where chapters in the most diverse areas with the most need for deep organizing resources from National DSA paradoxically end up deprived of staff support.

Finally, the Committee “will propose an accountability process for chapters and national committees that repeatedly fail, or outright refuse, to meet the standards developed by the Multiracial Organizing Committee.” Without knowing who will be on the committee or what the standards will be, we could be empowering this committee to publicly call out chapters. We are concerned that this might exacerbate the already problematic call-out culture that often dominates our internal debates, while providing fodder for outside groups to discourage people of color from joining DSA.

Merging DSA with the Multiracial Working Class Through Deep Organizing

We believe that the primary mechanism for changing our demographics is to engage in external political campaigns that fight against racism and for the concrete material gain of people of color. That’s why we have authored Resolution #2, “The Formation of a National Committee for Reparations of Black People” and support resolutions like Resolution #4, “Mass Campaign for Voting Rights.” We are also authors of Resolution #32, which gives YDSA support to continue growing our base in HBCUs and working-class community college campuses. We’ve also been big supporters of the Growth and Development Committee’s proposals for multiracial organizing.

It should be underscored that no one doubts the admirable intentions of the resolution’s authors. We absolutely share their commitment to organizing the multiracial working class and building a DSA that is more representative of the base we want to build. We have worked with the resolution’s authors in many campaigns and have enormous respect for them. But we are concerned about the potential implications of Resolution #31.

Why DSA’s Next Convention Should Be Held in Person
Ian McClure and Connor Willis
| August 12, 2022

Shane Ruiz is the cochair of East Bay DSA, a labor organizer, and a member of DSA's Bread & Roses caucus.