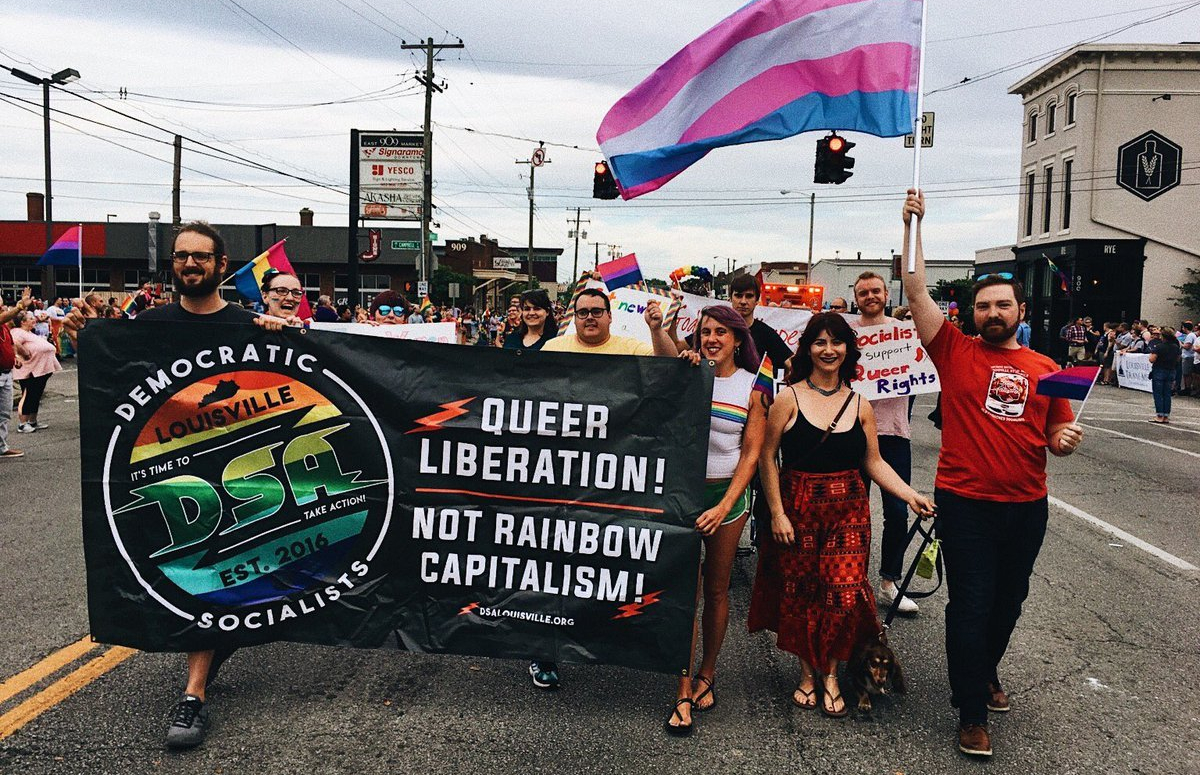 To be an organizer in a small DSA chapter is to exist in a paradox. On the one hand, you are part of a sprawling national organization of over 55,000 with chapters in every state; on the other, your immediate experience is usually as part of a small group of members whose ability to sustain effective campaigns or meaningfully expand your numbers can be limited.

This paradox can lead to frustration and discouragement. The task of building socialism with only a small number of committed volunteers, few resources, and a relatively unfavorable political terrain is daunting. For many DSA members in this situation, the high-flying dreams of America’s resurgent socialism can seem distant, confined to a few scattered local successes in large cities with a long history of successful radical politics.

As we approach the 2019 DSA National Convention, there will be a lot of competing proposals about how best to make DSA work for members in small chapters, new chapters, or in places where no chapter exists at all yet. Some ideas will focus on decentralizing the organization while others will seek to send more money directly to smaller chapters.

The allure of these solutions is understandable. However they ultimately run the risk of underfunding the national organization, which plays an important role in supporting small chapters in carrying out both local and national campaigns. In fact, small chapters benefit disproportionately from a strong national organization. If we want to improve our ability to organize in small towns across the country, strengthening and improving national DSA is critical.

While we need to seriously consider how to expand the existing dues-sharing system and include more opportunities for local input in national decision-making processes, such questions are irrelevant without a thriving national organization. We need a structure that can coordinate political work around national campaigns, provide expertise that can be shared across all chapters, and offer helpful tools at the national level that can relieve the administrative burdens faced by leaders in small chapters.

DSA’s local chapters have a wide latitude in choosing what work to do. But the help of a national campaign structure can be invaluable to a chapter starting out.

A national structure provides political leadership, administrative support for local organizing, coalition building with outside organizations, and common resources. Chapters can then augment the national campaign with their own local work to reflect their immediate political situation. Using these shared tools, chapters grow larger and stronger through campaign work and increase the scale of what we can accomplish. National campaigns also help to form the cohesive network necessary to coordinate leaders and activists of the working class across communities on a state and federal level where decisions about critical working-class priorities like Medicare for All and the Green New Deal are made.

When these types of campaigns come up short, which of course they sometimes do, our solution should not be to turn away from broad organizing projects, focusing instead on hyper-local demands.

Instead, we should fine-tune the strategy and assess what needs to be done to win. This kind of assessment should be done with the input of many chapters, gleaning from their wealth of experience. There have been several promising ideas of creating accountable regional structures within DSA. If such bodies are to be helpful to smaller chapters, they should help coordinate political work alongside the independent priority campaigns determined at DSA conventions.

While small groups of organizers are capable of great feats, it’s never enough for isolated groups of dedicated DSA members to discuss strategy for national projects on their own. Instead, small chapters should have a simple, accountable structure to use to figure out how to carry out our organizational goals together across chapters.

A strong, effective national organization is perhaps most important for newer chapters, chapters with smaller memberships, and chapters with fewer resources. By providing shared resources that many chapters would be unable to afford on their own (e.g. a voter contact database, newsletter templates, promotional materials, consistent dues renewal outreach, publications, etc.) the national organization can remove significant obstacles and allow chapters to get on with the political work they want to do. These shared resources are unattainable for new chapters on their own.

For example, national campaigns’ ready-made materials provide a major benefit specifically for newer chapters and small chapters. The DSA Medicare for All campaign has facilitated the coordination among members across the country on digital media, promotional designs, merchandise, and organizing materials such as scripts. The campaign has a national leadership structure with representatives from a wide variety of chapters to coordinate the work of the campaign, and a system of regional organizers who can provide one-on-one assistance and an immediate connection between a local chapter and the larger campaign. And the “campaign-in-a-box,” which is produced at cost to the national organization, allows any chapter, no matter how new or small, to secure the resources necessary to pursue an effective campaign in their community.

We should also continue to expand our staff capacity in order to assist important cross-chapter work like the Democratic Socialist Labor Commission. We can all benefit greatly from being able to receive direct assistance from staff organizers whose full-time jobs are to help volunteer-led projects like a chapter’s labor organizing succeed. We should also expand staff time on leading chapter and regional trainings, regional conferences and strategy calls, and technical assistance on campaign and administrative work.

In the last two years, local leaders, staff, and members of national committees were often overrun trying to keep up with the explosive growth of the organization. Since membership growth has returned to a more manageable pace — for now — we should look for ways to consolidate our gains and not get caught flat footed by the next big wave of growth.

Socialist organizers are working-class volunteers with limited time, and some of us were quite new to organizing when we decided to start forming chapters and recruiting others. It is important for chapters to pace themselves by focusing on well built campaigns that achieve political goals and to honestly assess how many projects they can successfully pursue at one time. A national organization can provide the experience and advice necessary to guide newer organizers and chapters as they navigate the difficult process of deciding how to build campaigns that win and how to focus their time and resources for maximal success.

While social media has proven to be surprisingly effective at disseminating socialist perspectives, it is no substitute for reading and discussing strategy or taking part in a real-life organizing training. Accessible, well-chosen readings are a good way to bring in the socialism-curious and less involved members.

National DSA has recently begun encouraging chapters to read Jane McAlevey’s “No Shortcuts” and is hosting discussion sessions on this book via Zoom calls. Coordinated discussions at the regional or national level like this can introduce otherwise isolated members to a broader DSA community. These efforts should be paired with an increase in public facing educational materials that are accessible to everybody from experienced members to newly curious potential members. The national organization must also provide the resources, trainings, and guidance materials necessary to help local leaders provide well crafted political education in their chapter.

Despite the difficulty of the task facing smaller chapters, many of us are still engaged in building strong DSA chapters wherever we may be — and making impressive gains.

From Kentucky to upstate New York to rural Washington, and everywhere in between, committed socialists are organizing for a better future in small and mid-sized cities, college towns, and in the country. Even with smaller numbers, real victories can be won by DSA chapters in these locations — the working people in our hometowns are just as hungry for material victories as working-class people in large cities. The working class is the vast majority of residents regardless of how large the city or how small the town. It is important for us to coordinate our efforts as a national organization to ensure success in every area of our country because a nationwide mass socialist movement must include all of us to defeat the world’s most powerful capitalist class.

By recommitting this summer to national campaigns for priorities such as Medicare for All and the Green New Deal — as well as strengthening the national organization’s capacity to provide shared resources for administration, training, and political education — we can make sure that DSA keeps growing in chapters both large and small.

Andee Sunderland is a past co-chair of YDSA as well as Sacramento DSA. Jamie Munro is the co-chair of the Albany Branch of Capital District DSA. Nick Conder is a member of Louisville DSA and served as co-chair in 2018. Will Bloom is a member of the Labor Working Group Steering Committee and Executive Committee of Chicago DSA. He helped found Central Connecticut DSA in 2017. All are members of DSA’s Bread & Roses caucus.