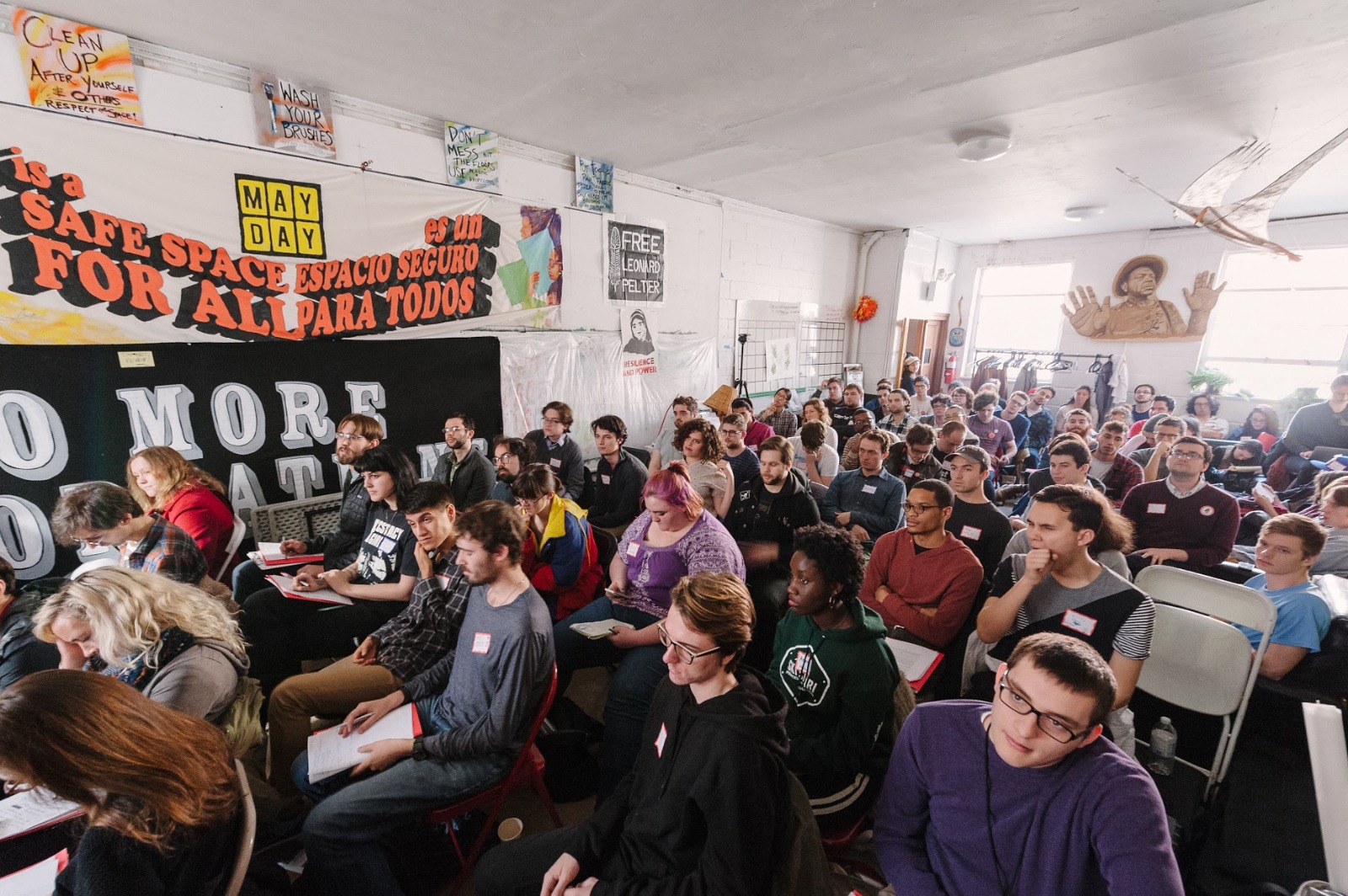 Over the last two years, DSA’s big tent has grown even bigger, with comrades from different socialist traditions coming together under a single banner to fight for the working class. At the same time, for many DSA members, this is the first time they’ve been a part of an organized socialist group. And for most DSA members, it’s the first time in their lives that the socialist left has a legitimate presence in U.S. politics.

The rebirth of the U.S. Left brings with it a great number of possibilities for growing the power of the organized working class. But because of the Left’s decline as a relevant or even coherent political force in the past several decades, most of us are learning about socialism and how to build it as we go. The Left has been in retreat for so long that our ideas have been relegated to the realm of the academy or to small, closed-off groups. As the concept of democratic socialism slowly enters the mainstream, it is incumbent upon us to engage with it clearly and articulate our vision for the world.

In order to do that, we should familiarize ourselves with the history of our movement, the different ideological debates and tendencies that exist within it, and the questions that have faced those that came before us.

And because our task goes beyond talking — we must organize to intervene in our world — we should develop a sense of the tools available to us and learn from our predecessors so we can take from them what worked and avoid making their same mistakes.

That’s why we in Bread & Roses have put forward a resolution to increase DSA’s investment in political education programs, Resolution #33. The resolution would task DSA with the following projects.

The resolution seeks to take what’s already working in DSA’s political education programs and expand upon it, drawing explicitly from chapters that have been running political education events and making their successes and lessons-learned available to all chapters across the country.

In my own chapter in Chicago, the Socialist Night School has created a place where DSA members of all backgrounds, experiences, and political tendencies can come together to learn with and from each other. Through the night school, DSA members have been able to draw links between abstract concepts and the concrete campaign work they do day-to-day.

The night schools have gone further than just giving our members a theoretical and historical political education; they’ve also helped members learn how to facilitate discussion. Within the framework of each night school, Chicago DSA members have had the chance to volunteer to be a facilitator. Prior to each night school, the facilitators get together and prepare; they review best practices, put together questions, and decide on different approaches to the upcoming discussion. Members who came to Chicago DSA with no prior facilitation experience now have a skill that they’ll be able to apply both within and outside of political education settings.

These are just a few examples, drawn from my own local context, of the kinds of programs and materials that Resolution #33 (“Invest in Political Education”) seeks to make accessible to chapters across the organization. In some ways, the resolution would help us do at the national level what successful political education programs have been doing locally — learn with and from each other.

In addition to facilitating this resource-sharing, the resolution would task DSA with creating new resources for chapters to use. This would include organizing and recording a series of political talks, such as the recent ones with Jane McAlevey, and disseminating them for members across the organization. It would also task DSA with creating an instructional podcast that would prepare members to use the political education resources mentioned above. This would ensure that any member, regardless of the size of their chapter or their location, can access enough resources and guidance to organize a small group of comrades and put on a successful political education event.

We know that political education spaces shouldn’t be just for sitting and getting information, so the resolution aims to facilitate the creation of all kinds of spaces for us to learn with and from each other. We’ve inherited a centuries-old legacy, and it’s our responsibility to learn about it and develop our ability to analyze our context and act within it. The more we learn with each other, the more we’ll be able to develop a common vocabulary and base of knowledge on which our future debates over strategy and tactics can rest. And the more we familiarize ourselves with the ideas and concepts at the heart of our socialist movement, the more compellingly we’ll be able to talk about them to people who are not yet socialists.

Political education gives us the tools to articulate a democratic socialist vision for the world and the confidence to do so no matter the context.

Why DSA’s Next Convention Should Be Held in Person
Ian McClure and Connor Willis
| August 12, 2022